59:00
The second episode of the first series of Top Gear aired on the 27th of October, 2002. It was presented by Jeremy Clarkson, Richard Hammond, Jason Dawe and The Black Stig. Jay Kay was the guest star. It was the 2nd episode overall.

Jeremy heads to Wales to drive the new Ford Focus RS, and then takes to the track in the Noble M12 GTO, Richard takes a look back on his childhood dream car, a 1977 Ford Escort RS1800, and a double-decker bus attempts to jump some motorcycles.

Jeremy Clarkson introduces the second episode of post-relaunch Top Gear with members of the Ford RS Owners' Club, who states that Ford's early work in putting big engines into small cars meant that by the 1960s, in the days when a person would normally need a Ferrari or Maserati to go fast, the likes of "Barrington Smythe" were being overtaken by "Barry Smith", owing to the typically blue-collar origins of the marque's owners, a notion made plain by the names of the members present; Lee, Wayne, and Wayne's girlfriend Tracy.

Clarkson briefly reflects on the hugely successful Escort Cosworth of the 1990s, and follows it up by recalling that Ford promised it would do the same for the Escort's replacement; the Focus, and that it would have 300 BHP and be four-wheel-drive. The resulting Focus RS possessed only 212 BHP and was front-wheel-drive, so to see if this negatively affects it against the competition in any way, he pits the Focus RS against the Honda Civic Type R and the Subaru Impreza WRX on the Top Gear test track:

Much to Jeremy's surprise, the Focus RS utterly dominates its Japanese rivals, lapping over 5 seconds faster than either of them, despite a power and drivetrain deficit. To figure out why this was so, he takes the car to Wales.

After appearing to step in sheep excrement, shortly thereafter branding the animal as a "woolly maggot", Jeremy finds it difficult on where to start with the Focus RS, driving it for a short while before parking up and discussing the car's interior. He points out that whilst sat inside, he can find no evidence that the car can "nuke" an Impreza, apart from the sporty seats, start button and blue leather trim on the steering wheel. He does note the lack of a cupholder however, and throws his "full" can of coffee in the back seat as a result.

Setting off once more, he remarks negatively about the Focus RS' straight line speed, claiming that it is 2 seconds slower from 0 - 100 MPH than the Impreza, before beginning to explain why it was so much faster around the track; its cornering ability. Jeremy states that it appears to possible to turn into any corner at seemingly any speed and make the turn successfully. He compares it to a typical American action movie hero overcoming any obstacle thrown his way, and states that he has never driven a car, front-wheel-drive or otherwise, that grips as well as the Focus RS.

He favouringly points out the number of badges and corporate names on the wheel alone (Ford's Rallye Sport division, OZ Racing, and Brembo), and wonders what could be wrong with the car, before progressing on to its negatives. He doesn't mind the firm ride, nor the radio's inability to pick up BBC Radio 2, but does intensely mind the differential's cornering ability on small, tight corners as he passes by Ystradfellte. In the end, he opts to go home in the Impreza and leave the production crew to take the Focus back to the hangar.

Speaking to Jason Dawe, Clarkson further explains the problems with the Focus RS' differential and the lack of control it gives the driver, before he is allowed to present the second of the series' Insider Dealing segments. Dawe notes that no UK Ford dealers have the Focus RS available as a demonstration model, and that they are otherwise sold out through to March 2003. Jeremy mentions an alleged broker claiming to have an RS for £1,200 off the listed price, but Dawe dismisses this as a "spoof" advertisement. He concludes by describing the turmoil of queuing up for a car with as high a demand as the Focus RS, stating that a prospective buyer is likely to wait and pay full list price.

Richard Hammond then announces the show's second ever news segment, starting off with Americans becoming very gullible. The popularity of live action car chases has lead to an increase of criminals attempting to out-race pursuing officers in Los Angeles. Jeremy goes on to affirm this point by stating that there's a beeper which goes off whenever a chase is occurring. In other news, Vauxhall have announced the Meriva, a smaller car to complement the Zafira. Jeremy likes the interior and would prefer Vauxhall to focus on interior design rather than the automobile industry. Richard is looking forward to the upcoming Mazda RX-8, the rotary-engined successor to the RX-7. The trio mock the "Wankel" design and "Renesis" name of the RX-8's engine, before deriding the hard-to-pronounce Volkswagen Touareg.

The news section concludes with Jeremy triumphantly announcing that he saw a bus on the M4 Bus Lane on the way to the studio, although it was an airport bus containing stewardesses, before the trio discuss the public unveiling of the much-anticipated MG XPower SV. Richard believes the car to be ugly, but all three are in support of the car and wish it success.

It was then time to see how many motorcycles a bus could jump. Richard recounts the time Eddie Kidd jumped 14 buses with his specially-prepared motorcycle, but he and the rest of the team wanted to see this stunt done differently. Could a double-decker bus, a Daimler Fleetline with many miles on the clock, jump 14 motorcycles? Driven by The Stig, the video cuts off just before the outcome is revealed, which is to be shown at the end of the episode.

Next, Jeremy took the Noble M12 on the Top Gear test track. After providing an underwhelming premise; a plastic body built put together in a shed then fitted with a Mondeo engine; how could such a recipe make anything good? Jeremy very much likes the interior, noticing that the roll bars have been covered in Alcantara, in addition to the noise produced by the turbochargers, likening it to Darth Vader from Star Wars.

It was during this test drive and the successive power lap that it was discovered the electronics responsible for the brake lights were malfunctioning, making it seem as though Clarkson was left-foot braking, an advanced racing technique used by rally drivers. Once back in the studio Jeremy clarifies that this was not the case, and were he to try left-foot braking, he would crash.

It is then discovered that the turning circle of the Noble is very wide compared to that of a Vauxhall Vectra, although this doesn't discourage Jeremy from licking the rear spoiler. On a wet track, The Stig is able to take the Noble around in 1:32.9, the slowest on the board at this point.

Series 1, Episode 2 originally aired on the 27th of October, 2002, on BBC Two. It was then regularly reshown on digital channels such as BBC Prime, UK Horizons and UKTV People through to at least June 2005, along with the rest of Series 1. On the 1st of March, 2008, it would air in Australia on SBS. 16 months later, the episode would air in Hungary. At some point after these latter re-runs, the episode was pulled from the BBC Worldwide sales catalogue. It would resurface in November 2019 as part of acquisitions made by Motortrend On Demand. As of the 13th September 2021, It was added to BBC IPlayer. 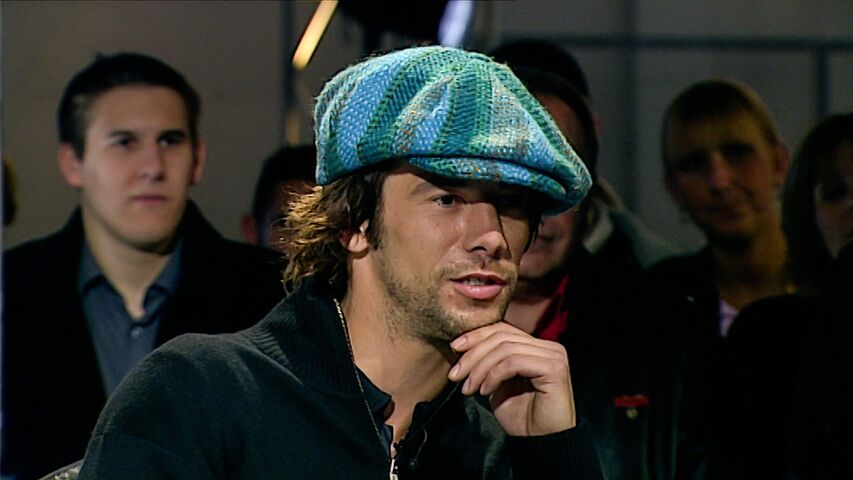