58:53
The fourth episode of the first series of Top Gear aired on the 10th of November, 2002. It was presented by Jeremy Clarkson, Richard Hammond, Jason Dawe and The Black Stig. Steve Coogan was the guest star. It was the 4th episode overall.

Jeremy heads to the Isle of Man with Damon Hill to compare the new Aston Martin Vanquish, fresh off its appearance in Die Another Day, to the new Ferrari 575M Maranello. Dawe reviewed the Nissan Skyline through it's R32, R33, and R34 generations, and Richard tests a wide range of sports saloons by pitting them in an F1 style race.

Series 1, Episode 4 originally aired on the 10th of November, 2002, on BBC 2. It was aired nationally in all regions except for the East Midlands. It was then regularly reshown on channels such as BBC Prime through to at least June 2005, along with the rest of Series 1. Some point after these re-runs, the episode was pulled from the BBC Worldwide sales catalogue. It would resurface in November 2019 as part of acquisitions made by Motortrend On Demand. As of the 13th September 2021, It was added to BBC IPlayer. 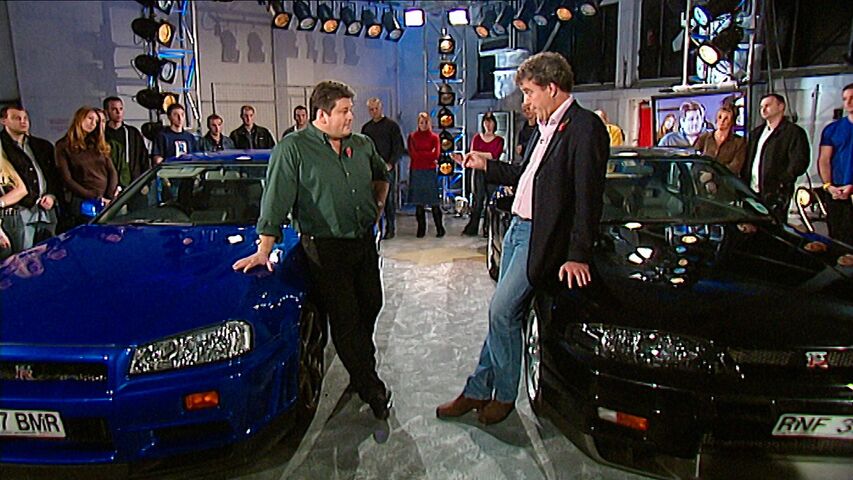