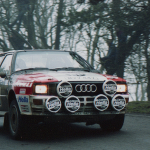 Greetings! I'm AlexGRFan97, the current owner of the Wiki. I am in the process of giving this entire Wiki a facelift and will, through much deliberation and the assistance of others, make this place the final stop for all things Top Gear. To be quite frank, it's ridiculous how high-profile this show is, and how comparatively little effort has gone in to what should be a fan's first port of call with regards to looking up a specific segment, car, or star. Especially after so many years.

For a list of operations that are currently ongoing, please check User:AlexGRFan97/Ongoing Operations.

I'm pretty sure this is going to offend. I don't care.

If you recognize my username from somewhere, I probably got into a heated argument with you or am a fan of the same vehicular-based communities that you are. I get around a lot. Previously I was one of the biggest contributors to the BattleBots Wiki and still have aims of making it into the world of robot combat someday.

In the real world, I am an amateur automotive photographer who has borne witness to many rare, powerful and above all, awesome pieces of machinery. I aim to travel the world and see as many cars as I possibly can by the year 2029 when the eco-nuts will ruin it for everything.

Above anything else, I'm glad I got to live to see what is, no doubt, the greatest automotive presenting team on the planet whilst they were in their prime. I truly pity those born too late to have witnessed them firsthand, and especially pity those who were born late enough for the classic trio not to be representative of their childhood. I've actually written a text file many years in advance for when some poor misinformed teen or young adult of the future tries to argue otherwise. If you didn't catch Clarkson, Hammond and May because you weren't physically old enough, then that's just tough. You can watch them any time you want but it won't have the same impact as watching them when they were new.

For me, the story began on the 1st of June 2004, six days before my 7th birthday. That's the date I first caught Top Gear thanks to my mother having taped it the previous night. Previously I'd seen original Top Gear with Clarkson and Needell back when I was in diapers, but after having missed the first series of the relaunch thanks to the episodes not even airing in my neck of the woods, and zero recollection of the next two, that's my verifiable starting point. Hammond and May were taking it in turns to launch scrap cars at caravans as though they were vertical darts. Immediately, I was awestruck. An avid watcher of snooker at the time, the guest-star of then world champion Ronnie O'Sullivan was particularly to my liking as well.

From there on in, I vowed to catch every episode as they came out. I remember where I was when a group of VW Foxes played against some Toyota Aygos, when a Bugatti Veyron defeated a plane from Italy to London, when Hammond was hospitalised and they days I spent worried sick about his fate, when Clarkson and May reached the North Pole in a Hilux, when the trio went to Vietnam, when the Stig removed his helmet to reveal Michael Schumacher, and when Clarkson closed the funniest thing I'd ever seen with the most heartfelt eulogy. I wouldn't trade those memories for the world. I am one of only a few people who can safely say they literally grew up with Top Gear.

Similarly, I am happy albeit bittersweet I got to see the final generation of conventionally-engined cars before everything turns into electric self-driving soapboxes with zero personality. Sorry, but you will not convert me. You'd have to ban the sale of ALL internally-combusting engines to prevent me from enjoying my hobby. The animalistic rumble of a V8 can never be replicated with speakers and AI. A trombone on the back of a scooter is more authentic.

With a hefty collection of memorabilia, a collection of almost every episode and special in HD (will be publicly released in time for Christmas), and having already wrote hundreds of pages for this Wiki, I could genuinely make myself a case for being the #1 fan of Top Gear, at the very least of Clarkson, Hammond and May in general. As part of a rare breed who liked both the original Top Gear (or what little I saw of it) and the 2002 version, I honestly cannot wait for the BBC to open their archive and allow us to watch every series of Top Gear, hopefully from the absolute beginning (i.e. 1977). If we get Top Gear GTi and all the other spinoffs too, even better.

I say of Clarkson, Hammond and May in general since the remains of Top Gear's corpse has been beaten worse than a horse that had been fed through a woodchipper and tenderized using a steamroller. Chris Evans was hot garbage, no arguments necessary. He almost killed the show (and arguably should have to put it out of its misery). LeBlanc's hour came when Joey proved to be a flop, and had no business being on a show like Top Gear. Now the lineup's been changed a third time and viewing figures did go up, but it seems no matter what the BBC do, it will never be anywhere near as big as it once was.

As for boring things like politics, I try not to get myself involved. Regardless, after carefully weighing up the story and all the evidence presented, I often inadvertently find myself almost always against the media. Whether it's some Christian nut blaming Grand Theft Auto for everything evil in the world, easily-offended snowflakes with their handset/mobile phone surgically attached to their sternum for ease of dialing OFCOM, or vapid television personalities each taking their potshots at their assigned target, I hate what 99% of news outlets have to say about a particular topic. I guess it's just a side effect of being bullied half my life to take the side of rationally-headed, victimized individuals over corporations and groups with an agenda to push. That includes a particular little GSWSNBM (GobShite Who Shall Not Be Named) of which I hold the highest disdain for. At least in a few years people will have genuinely forgotten her name, as opposed to the bigger fish I've been frying over.

There's actually a few people I despise on an almost-primordial level. I'd say my mortal enemy since the age of 12/13 is a certain Mr. Brewis who's found success on Youtube after years of being a bottom-feeding troll. Arguably that's all he still is and ever will be. SomethingAwful is far worse for internet and society as a collective whole than Infinite (RIP) ever was. Killonator sucked monkey nuts, by the way. Read like a 12 year old wrote it. And I really hope you try and make the JonTron cocaine accusations stick, just to watch you get humiliated in court.

A few other of my habitual hates:

Despite having an affliction of a particular 'tism from birth, I cannot stand what most people on this website with the same or similar choose to spend their time doing, when you consider they could easily be helping out with actual information that matters to real people.

Fanon is garbage. Fanon is trash. It is a tremendous waste of FANDOM's bandwidth. You write hundreds, if not thousands of pages based on corporate nightmares of fictional, beyond ill-fitting crossovers (i.e. Jeremy Clarkson with the animated characters from the preschooler series Paw Patrol) that would never happen in a million years. You are obsessed with production logos and try to make your own with laughably predictable results. You are the victim of excessive commercialism and over-dependence on technology, and deserve to spend a few nights or weeks out in the wilderness, learning what life is truly about and developing tangible life skills.

I've always said the same about others who obsess over cartoons designed for toddlers; grow the hell up. Returning to complete fiction, if I ever make it to FANDOM staff, I'll ban the whole lot and make it so any Wiki has to have a corresponding Wikipedia article to verify that it's real.

Fanfiction, creepypastas and other literary wikis on the other hand, I have no problem with. Matter of fact I could see myself writing a lengthy, storied version of Top Gear's relaunch from Jezza's perspective. But it would be well-researched, well-written, and only be done once everything else is out the way first.

And I guess that just about covers it. Thanks for reading.

After many different designs, this page shows how I want every episode page to look at some point in the future.

This is reformed template for all future car-related articles, in an effort to standardize the pages onto one system, rather than many different ones:

Pages currently on this system:

Here's a direct link to the infobox needed for the Magazine articles:

And here's an example page made using this template:

Retrieved from "https://topgear.fandom.com/wiki/User:AlexGRFan97?oldid=23099"
Community content is available under CC-BY-SA unless otherwise noted.